ENIP-2 is a series of multifunctional measuring transducers for three-phase electric grids.

IEC 61850 is optional and is sold separately as an addon. ENIP-2 was tested for IEC 61850 compliance by DNV GL (KEMA Laboratories) and received Level A Certificate in 2015.

ENIP-2 can also play a major role in automation systems due to digital input-output and programmable logic functionality. 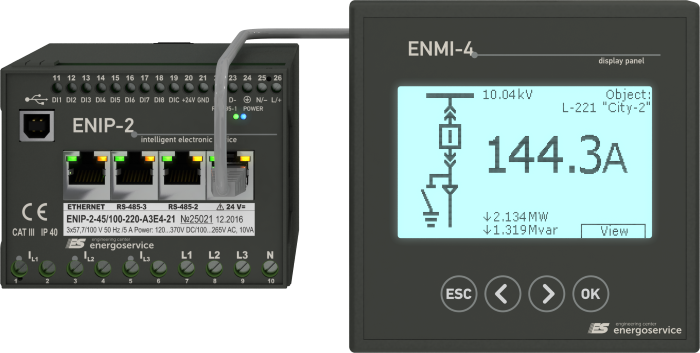 ENIP-2 is a large family of devices that can be divided into three branches:

ENIP-2 can be mounted in protection compartments of metal-enclosed switchgear, or in cabinets. Paired with ENMI display module, ENIP-2 can be panel-mounted as well. ENIP-2 operates in a wide temperature range and so can be installed at unattended and non-heated facilities.